[This post was graciously shared with me by a Zimbabwean woman who returned from abroad some years ago to start an NGO working with marginalised youth. She asked that I share the piece anonymously].

“Want to start an NGO? A little advice, use your own money”.

It was the height of the fundraising season and I tweeted this out, to the disapproval of a few friends who construed my cynical tweet to be a disastrous PR faux-pas.  I had just had a very frustrating conversation with a high net-worth donor who was not satisfied with the progress – or in his mind, lack of progress – I was having with the mission of my NGO.

The negative reactions from friends made me regret what I had said and almost recant my statement. But then I thought: If you’d had the experiences I have had, chasing funding for the ‘good’ work you do, you would be snarky too!

The challenges of the individual donor

I made the decision to pursue individual donors for my NGO because I was certain that institutional funding would have too many strings attached. Having worked for a few nonprofit organisations and seen the hoop-jumping of applying for grants, and subsequently submitting the reports on time, I assumed that the individual donor would be more supportive and less prescriptive.

But what I didn’t know was that I would also enter the battle royal of egos with the individual donor.  I still believe that the individual donor is my preferred source of funding, but there is an awkward and sometimes ugly side to accepting donations from an individual. Because everything is personal and as feminism has taught us, “the personal is political”.

I remember falling apart in Heathrow airport one year after moving mountains to fly from Chicago to London to meet the head of a charitable trust. After being stuck in the immigration line for hours, I had to call the woman and explain that I would not make our meeting in time. She had been, from the beginning, very reluctant to meet with me. But I had the energy and determination of a rabid Tasmanian devil then, and I compelled her to agree to see me. So now here I was with my bags all around me, on the phone, apologising for my imminent no-show.

“ Well I don’t know what we would have talked about anyway,” she said nonchalantly. “Tell me about your organisation again.”

I was stunned. But I obliged.

“Hmmm yes, I remember reading your newsletter and being put off by it.”

Shocked, I asked what in particular had been off-putting.

“I don’t remember exactly. I know this isn’t very helpful but I remember coming away from it feeling very negative. Well, anyway, continue to stay in touch with me and keep me informed of your organisation’s progress”.

In fact when feeling really poorly, I still cry when I think about it.

Maybe she didn’t mean to be so harsh. It wasn’t so much what she said, but it was the way she said it, and that I had to take her very unhelpful criticism and thank her for it, in case she became a funder one day. 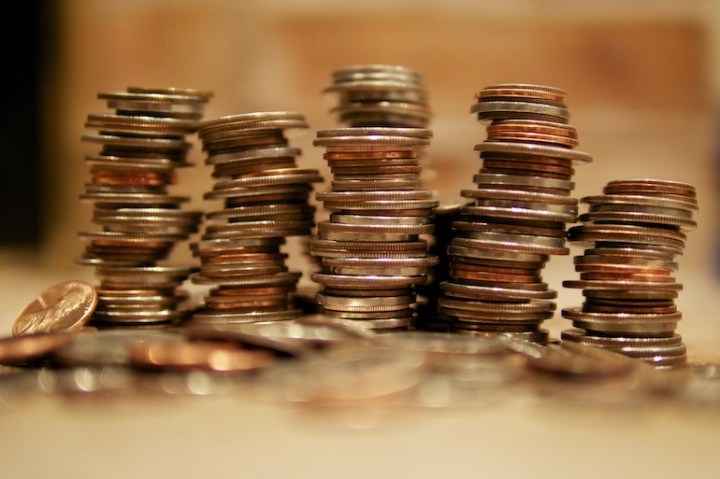 The myth of altruism

The things I have heard and experienced in the pursuit of the almighty donor dollar have  changed me forever. Not all of it is bad but what is most bothersome is that there is this unspoken rule of conduct that says you – the recipient –  must grin and bear all the ignorance and hostility that comes from the donor. Even though you are the subject matter expert, you are broke and you need their money to do the ‘good’, so you have to be obsequiously grateful. Even in the face of gross offense.

The message is that the $5 donor and the $50 000 donor are equally important (I agree), and must be celebrated and lauded as demi-gods when they give you the resources to do the good work.

What is it that makes this so?

It is about charitable tax credits for some; for others it is the festive season, in that this is when you give to the less fortunate. Sometimes, it’s both. Whatever the secondary reasons, at the core people give because it makes them feel good about themselves, inasmuch as I am a professional do-gooder because it makes me feel good about myself to be in the same neighbourhood as Mother Teresa and Oprah.

The secret is cloaked in this feel-good benevolence that hides the way in which giving can turn into class or race-based control of the disempowered, and the wretched saps (me) that decide – driven by feel-good martyrdom – to ‘save’ them (the disempowered). It is altruism, defined for human beings as the “unselfish regard for, or devotion to, the welfare of others”.

It is impossible to be altruistic, though we may aspire to it. And some of us do better at it than others. But no one is truly altruistic. More of us are well-intentioned, but at the core we are self-interested and attracted to opportunities for self-aggrandisement.

No one prepares you for the pain

No one hands you a manual when you set out to start an NGO. So you really have no idea what you are getting into. No one warns you –  especially when you are the founder – that you’re entering a messy, swampy, mosh pit of altruism struggling against ego. No one prepares you for the fraying of your tether to sanity as you try, with the utmost humility but with some arrogance, to push your agenda in order to get your cause some attention. And all while trying to actually achieve the mission.

No one tells you that you will lose friends and cut ties with so many people; that your decision to help a marginalised group will make you a suspect in some spheres and a hero in others. The biggest thing I was unprepared for is the pain that would come with the performance of the fundraising waltz and the donor cultivation jig.

So here I am, 35 and on blood pressure medication because the experience of finding the resources to keep the NGO’s doors open and the lights on will literally make you sick. It’s a place where you have to answer all manner of stupid questions in a way that doesn’t offend or threaten the next donation.

“If they are so poor why do they have cell phones?” you get asked.

A friend of mine who left the wildlife conservation world described feeling as though she should have been wearing a short skirt and sitting on the donors’ laps during the last fundraising event she participated in before she quit.

“It was just terrible because there I was sitting at a table with people who cared nothing about the cheetah, but I had to smile and make conversation with them because they bought a ticket to be there and I had to talk to them and convince them to give more money.”

How many of us have been there? Cheeks and jaws throbbing from all the smiling while you say ,“Yes their teeth are white because they are so poor, they can’t afford candy.”

Obviously I don’t have my own money to fund the development work my NGO addresses and I need to engage with donors from time to time. But I hope that my social media rant will remind all of us that doing and accomplishing ‘good’ isn’t easy. Whatever the ego-driven intentions that may drive us to save rhinos or donate $30 per month because it takes $1 a day to help give the poor better access to essential resource X, let it not overshadow our desire to uplift and empower the communities that need our support and resources.

And let us also remember that no one is Jesus here.

One thought on ““No One is Jesus Here”: The Battle Royal Between Ego and Altruism in the NGO Sector”